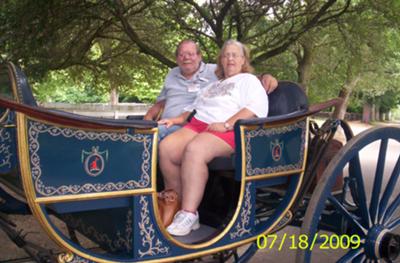 Parents of the bride are Mr. James S. Sullivan and Joyce Key Sullivan of Empire Alabama and the late Charles M. Cherch of Avon Park Florida.

The parents of the groom are the late Leslie Beale Taylor Sr. an Ethel Hariis Taylor of Hopewell Virginia.

The grooms grandparents are the late Walter and Eunice Wray Harris of Lynchburg Virginia and the late Owen and Peachie Walton Taylor of Hopewell Virginia.

A reception was held at the home of the grooms brother and sister-in-law Mr. and Mrs. Tallie Taylor.

After a honeymoon trip to Myrtle Beach South Carolina the couple will reside in Phenix City Alabama.