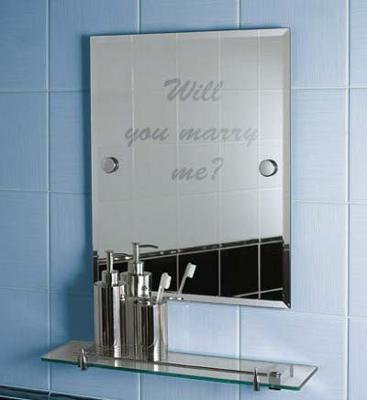 Message on the mirror, marriage proposal.

My boyfriend and I used to write messages to each other on the bathroom mirror after we took a shower, so when the other took a shower the steam would make the messages appear. So one day I hopped into the shower and there it was "Will you marry me?" written on the mirror. It was so romantic and it was very special to me since it was something we enjoyed doing to each other!