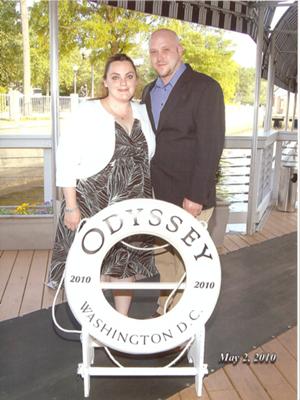 An outdoor wedding is planned for October 22, 2011 at Frying Park in Herndon, Virginia. The groom's father Reverand Glosson and sister Reverand Tina will perform the ceremony.